Which VPN Protocol Should You Use

Which VPN Protocol Should You Use? 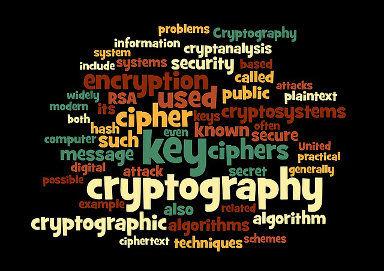 A VPN, or virtual private network, will provide you with a secured internet connection that will ensure the protection of the data that you are sending and receiving. Nonetheless, not all VPNs will be able to provide the same level of security. With this, it is of utmost importance to spend time and spare effort in differentiating one from the other. Consider the specific set of features, as well as their pros and cons to come up with an intelligent decision.

If you are having a hard time deciding on which VPN protocol will prove to be the best, keep on reading. Below, you can see a comparison of the four choices that you will be generally confronted with. Pay attention to the characteristics of each of these protocols to weigh how one can be different from the other.

An open source software, OpenVPN is one of the most widely used protocols in today’s time. While it can be used for various connectivity applications, it is commonly utilized for accessing the internet anonymously and privately. It order to deliver unsurpassed strength when it comes to security, it takes advantage of modern technologies, such as SSLv3/TLSv1 protocols.

Among other things, OpenVPN is preferred by many because of the robust security that it is able to offer its users. It is believed that such has no major vulnerabilities, making it ranked as the most secured amongst the different choices for VPN protocols. Aside from having highest encryption, it also offers data authentication with the use of digital certificates.

Aside from security, [bold]OpenVPN[/bold] offers the advantage of having high reliability. As it goes down, the network halts to provide time for reconfiguration, making sure that data will not be lost or corrupted. This can also be seen as an additional layer of security.

Compared to other VPN protocols that will be mentioned below, especially as against L2TP/IPSec and PPTP, OpenVPN is quite more complicated to set up. It can be daunting, especially for those who have not used VPN before. Because of this, it is important to pay attention to details to make sure that the configuration will proceed smoothly and that there will be no problems in its use.

Layer 2 IP Protocol over IPSec, or what is also known as L2TP/IPSec is another option that can be considered when looking for VPN protocols. The IPSec encryption suite is integrated with L2TP to enable such to be provided with the security that it needs over the network.

When it comes to security, theoretically speaking, there should be nothing to be worried about. It undergoes data checking twice in order to be ensured of its authentication. Nonetheless, while this may offer excellent security architecture, it makes speed suffer. This is basically because there is a need to first undergo conversion to L2TP before being encrypted, which makes it slower compared to OpenVPN.

When it comes to ease of setup,L2TP/IPSec also offers another great advantage. It can be easily configured even manually and on almost all operating systems.

Much of the disadvantage of the L2TP/IPSec is with regards to its speed. Aside from the two-step authentication process, higher CPU usage is also required. Because of this, if you are more concerned with speed that security of the connection, this might not be the perfect choice for you.

Point to Point Tunneling Protocol, or what is popularly known as PPTP, is known as the first VPN protocol that has been implemented for Microsoft Windows. This may seem to be an outdated technology to this date, especially because of the emergence of newer choices, such as OpenVPN. Many experts recommend that PPTP should be avoided because of having obvious security issues.

If there is one reason on why you should choose PPTP, it would be the fact that it is very easy to setup, even for beginners. There is no need to have extensive technical knowledge to have it used. It is also built into different platforms. Nonetheless, being easy to set up should not provide you with sufficient reason to have it chosen above its counterparts.

The security weaknesses of PPTP are not just the reasons why you should not have it chosen for a VPN protocol. It also lacks reliability, and it does not recover quickly in case of a problem. It provides unstable connections, which can lead into affecting data integrity and security.

Secure Socket Tunneling Protocol or SSTP makes use of SSLv3, which makes it comparable to the features and functionality that you can expect from OpenVPN. Because it has been developed by Microsoft, it is best for use in Windows operating systems. Because it is Windows-based, it offers better stability when it is used in any device that runs on the Windows operating platform.

Among other things, one of the most significant advantages of using SSTP for your VPN protocol is that it offers exceptional security. When it is configured, you can use AES encryption, and there are also no major vulnerabilities that have been noted.

Nonetheless, one important point that should be raised is that since SSTP is developed by Microsoft, most of its advantages can be experienced only when you are using Windows as well. More so it should be also pointed out that it has a proprietary technology from Microsoft, making it not open to independent audits and security checks.

Which Is The Best?

Given the discussions above, which is the best VPN protocol? If you have to pick only one, it would be OpenVPN. It may have its own set of weaknesses, but the strengths are just too attractive to be ignored. It is the newest amongst the VPN protocols, making it able to withstand current threats. It uses highly-innovative technologies that are basically responsible for the provision of layers of security in the absence of compensating speed. It is also open source, can bypass firewalls, and highly configurable. Given these benefits, there should be more than enough reason for you to believe that this is indeed the best VPN protocol.